Developing Character Habits in our Leaders: Are we addressing a Sin of Omission or a Sin of Commission? 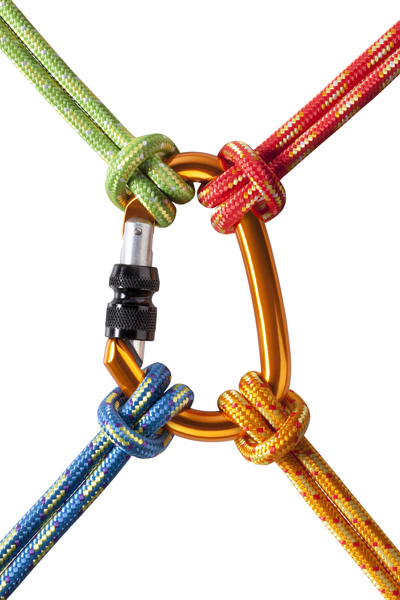 “People… do you realize we are contemplating firing, or at least sidelining, some of our senior talent for the same reasons we promoted them earlier in their careers…what is that about!?”

A memorable statement from a CEO to his team during a talent-review meeting I was facilitating. The senior team was discussing and making recommendations on who gets promoted, sidelined, or even removed from role at the two levels below them.

Earlier in their careers, high-potential managers are noticed for what they do. They’re the ones achieving concrete results by utilizing their smarts, technical skills and drive to execute on short-term tasks. They learn early on that in order to get ahead they must get noticed for their results. These short-term results are easy to see, evaluate and measure. When it comes to important relationships, however, their sphere of influence is mostly contained within their immediate team; so the negative impact on others – a result of their driven behaviour – is easily overlooked. “Yes, but look what she accomplished!”

Here is the problem. Rising stars in our corporations are being conditioned to develop their getting ahead muscles at the expense of their getting along muscles. Getting along skills become more important in the future for more complex leadership challenges. For the most part, organizational systems and cultural norms reward and reinforce the getting-ahead behaviours. We pay lip service to getting along, at least at the functional middle-management level (e.g. we have all heard “teamwork is our core value … blah, blah, blah”).

When these alpha leaders reach the senior leadership ranks, they are faced with greater complexity and timespan as they endeavour to drive longer-term cross-enterprise initiatives. Leading these complex tasks requires tight collaboration (getting along skills) of the senior team, while the team also needs to enable a work climate of collaboration, through good role modelling, setting clear accountabilities and expectations for their teams, along with installing the management systems, to support the expected norms of behaviours. As individual leaders they are all in over their heads. They need each other to act in these complex adaptive systems.

Leaders who are able to value, model and apply the skills for getting along will enable a work climate that promotes trust, openness, deep listening and empathy. These characteristics are the bedrock for connection and high-quality, multi-level, internal and external social interactions. The ideas and subsequent changes that emerge from these interactions are required for organizational agility and ongoing adjustment with strategy. This starts with a senior leadership team that values its members; and its members in turn are good at interacting with each other.

All too often, these highly-talented, newly-minted, senior leaders have not adequately developed their muscles for getting along. Instead, they have developed bad habits—behaviour that was tolerated and even rewarded in the organization. Ironically, these habits tarnished their reputation, compromising their ability to get along and build the critical relationships required to facilitate change.

This career conditioning has led to many of our senior leaders being seen as lacking in character, or as Fred Kiel, in his ground breaking book, Return on Character: The Real Reason Leaders and their Companies Win, would call them: self-focused leaders. Self-focused leaders are those that appear to lack the will and skill to demonstrate the behaviours informed by the four character habits of integrity, responsibility, forgiveness and compassion.

Self-focused Leadership: A sin of commission or omission?
My colleague John Barker said it most eloquently:

“I’ve often wondered whether the lack of focus on building character habits in business is a sin of omission or commission. Clearly an emphasis on deep, technical/tactical skills that are easily quantified and self-promoted drives early career momentum for most high-potential leaders. These breathless, short-term, obvious-impact results help define the self-focused ethos of so much young talent. Consequently they have, and are given, very little latitude or oxygen to develop big-breath capacities like integrity, responsibility, forgiveness and compassion. Ironically, when they succeed in this highly competitive and ruthlessly pragmatic process, and are promoted to senior roles, we immediately expect them to lead with the Wisdom of Solomon.”

My personal view is that self-focused leadership is rarely a result of a sin of commission, or in other words, leaders behaving deliberately in a way that others would describe as lacking in character. Many of these apparent, self-focused leaders are acting that way due to a sin of omission. Again, they have not had the character habit development nurtured in them earlier on. Bad behaviour doesn’t necessarily imply bad people. Bad behaviour comes from outdated bad habits, which were useful to survive and get ahead in earlier times.

This wisdom can be developed in leaders through addressing the sin of omission. For example, we often have not held our rising stars accountable for demonstrating the skills and habits for Leadership Character: integrity, responsibility, compassion and forgiveness. As well, we have not installed the management systems and cultural norms that enable, encourage and expect our leaders to operate with character, regardless of the level.

Character Habits of Virtuoso Leaders:
The KRW research data is clear. Sustainable business results are strongly correlated with senior leaders demonstrating the four character habits. These powerful data have created the case for leaders to get the two primary motives (getting ahead and getting along) back in balance. The Return on Character data supports the business case for how critical it is that senior leaders have the four habits well developed and ready to go. However, the early selection and emphasis on getting-ahead skills mitigate against having getting-along skills well-developed and ready to utilize, for the appropriate situations, at senior levels.

It is the job of senior managers to act as personal trainers for each other and to help all organizational leadership see that, the new situation they find themselves in, requires a different set of muscles for success. To win at a senior level, the emphasis in development needs to shift more toward getting along, with less weight on the more competitive inclinations of getting ahead. One way of doing this is through working with senior leaders to help them gain awareness of their character reputation, as seen through the eyes of others. Once they see the gap between their self-image and how others see them, they become motivated to work on closing that gap. Closing that gap becomes their personal development plan to authentically show up with more integrity, responsibility, forgiveness and compassion.

Along with the cultivation of these habits, we need to make sure our organizational culture and management systems support these newly-formed muscles and behaviours, so we don’t have a sin of omission playing out here. There will always be some self-focused individuals who are guilty of a sin of commission involving the four habits, and will need to be dealt with accordingly. Seeing this leadership problem as primarily a sin of omission, rather than only one of commission, makes the problem very solvable, or perhaps even avoidable.

For more on how to get started on this, visit: http://www.krw-intl.com/ or contact me directly at brian.brittain@brittainconsulting.ca.